MOFO EARNS HER PLACE IN HISTORY WITH STUNNING OAKS VICTORY

MOFO EARNS HER PLACE IN HISTORY WITH STUNNING OAKS VICTORY

The 2022 Sporting Press Online Edition Irish Oaks never failed to excite, amaze and throw up a story or two.

On Saturday night at Shelbourne Park, Raha Mofo put an exclamation point on the bitch classic producing a typically swashbuckling display to deny Scooby Duchess in the most incredible contest.

For winning owner Marissa Molloy it must have been the most incredible night, packed with emotions as she remembered her late father, Stephen, while also celebrating the victory of her superstar. 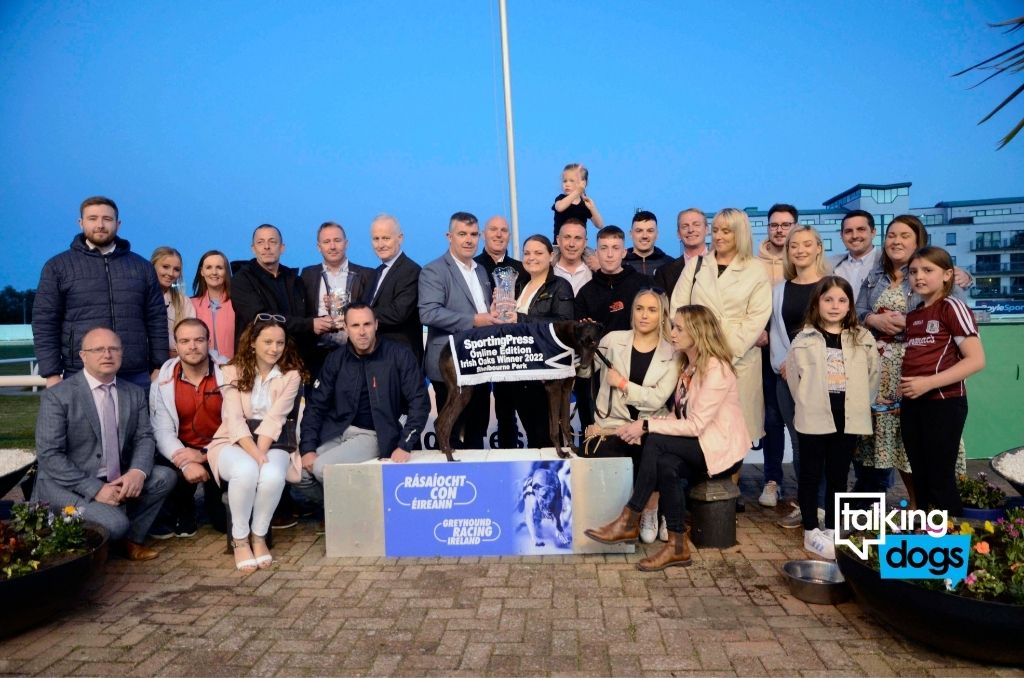 The market ahead of the final suggested that Scooby Duchess was the one to beat with the brilliant bitch starting an 11-10 favourite ahead of Raha Mofo and Droopys Nextone on 3-1.

Ballymac Art came next at 8-1 with the two outsiders Ballymac Miranda and Tullovin Vita both at 20-1.

By all accounts, the market seemed to be spot on in the early yards with the runners racing in market order into the corner. One suspected Jennifer O’Donnell would have Scooby Duchess absolutely primed to run a massive race and that was certainly the case.

The favourite flashed from the inside box to dictate the pace into the turn but her supporters would have known the race was far from over when Raha Mofo also broke fast to race a close second with Droopys Nextone just on her heels in third.

Scooby Duchess ran a magnificent bend to enter the back straight with just over three lengths in hand on Raha Mofo but those paying attention since the start of the Oaks would have known that Raha Mofo was far from finished.

THE RACE WAS ON

As hard as Droopys Nextone tried, she was never going to get to those in front and she lost her chance when forced to check slightly on the third turn. It was now a two-dog affair with Scooby Duchess and Raha Mofo running with real purpose out front.

In normal circumstances, one would have expected Scooby Duchess to go on to score as she continued to hold a near three length lead into the home straight. Staying tight to the fence, she also saved vital ground.

But so too did Raha Mofo. Running a wonderful final bend, she clearly had the bit between her teeth. Showing immense power and pace, Raha Mofo closed with each giant stride on the run in. Scooby Duchess drove toward the line but it just wouldn’t come in time.

In contrast, for the many supporters of Raha Mofo, it was clear she was on her way into the history books. The bitch that had been bought by the late Stephen Molloy from Stevie Dunne and sent to Murt Leahy to be trained for nights like this got up in the dying strides.

Barry Caul on commentary was in no doubt and gave her a rousing call as she crossed the line with a half-length in hand on the gallant Scooby Duchess. The daughter of Droopys Sydney and Clares Queen was remarkable in her consistency over the past month. After winning her semi final in a rapid 28.15, she went just one spot faster to record the seventh victory of her relatively short career.

An A5 winner the week ahead of the Oaks, she is now a classic champion and a worthy one at that.

Scooby Duchess deserves plenty of credit for making this a very memorable Oaks final, while Droopys Nextone also ran a massive race in third, just a length and a half behind the runner-up.

For Murt Leahy and his Village Kennel operation, it was another incredible night. The Kilkenny man is now firmly established as one of the go-to men in Irish greyhound racing. Great credit must go to Murt, his wife Deirdre and the whole team. There is nothing lucky about success in greyhound racing, it comes down to hard work and everything they are achieving right now is fully deserved.

And, of course, to Marissa Molloy, the sincerest congratulations. Her love for Raha Mofo and the attachment she feels for the young bitch are very obvious. As one of the last two pups purchased by her late father, Raha Mofo will forever hold a special place in her heart. 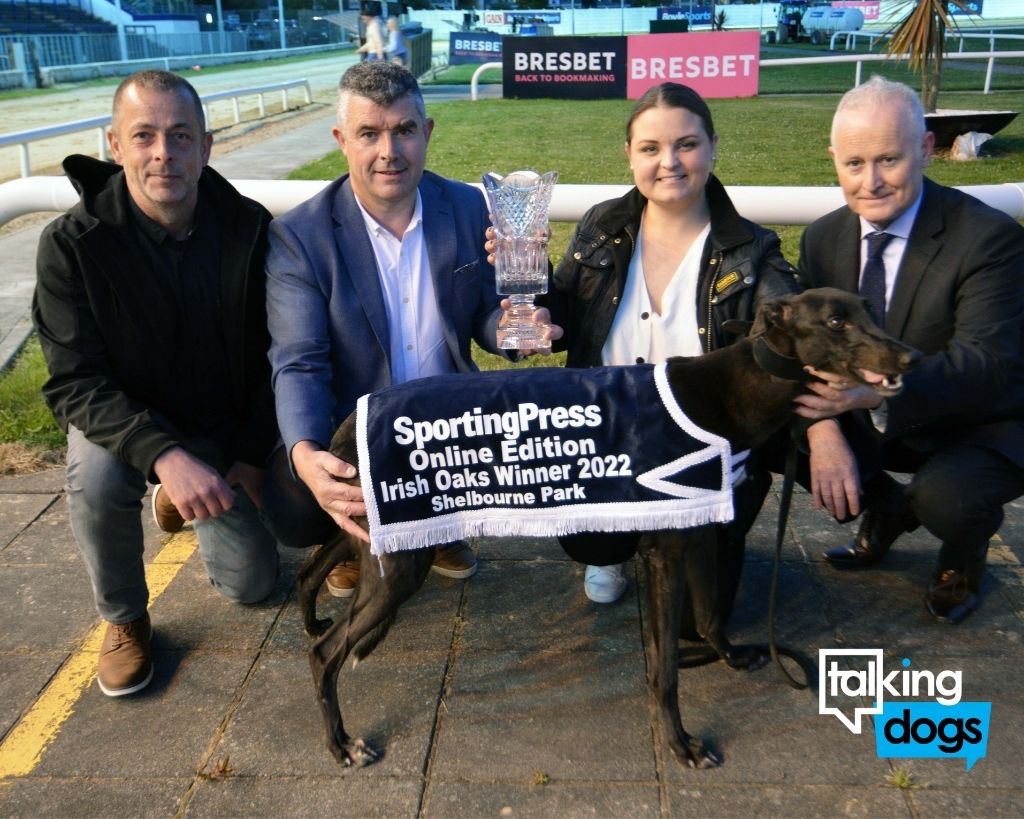